Where and how can MES provide more efficiency in a new, state-of-the-art turnout sleeper plant? An interview with RAIL.ONE project manager Stefan Hübner.

In October 2019, representatives of the Deutsche Bahn and RAIL.ONE opened a new plant in Schwandorf / Germany for the production of end-anchored prestressed concrete turnout sleepers. The production plant is operated by RAIL.ONE Schwandorf GmbH, a subsidiary of the international PCM RAIL.ONE Group.

granIT supplied the Manufacturing Execution System (MES) for the entire production plant with the effect that the qualitative output and the cycle rates were significantly improved in the production process. 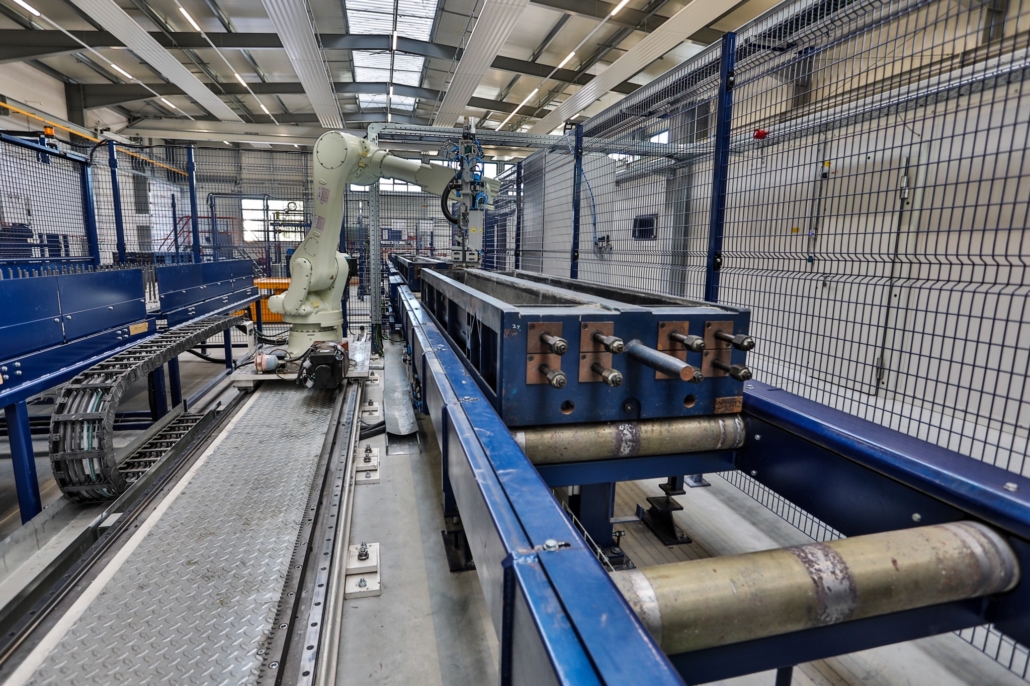 Stefan Hübner is the project manager of the new turnout sleeper plant. Shortly after the plant opening he tlaks about his experiences with MES and the cooperation with granIT.

granIT: Would you briefly describe the reasons for building a new plant?

It all started with an international tender of the Deutsche Bahn. All competitors on the sleeper market were invited to participate – and in the end we won the large order. We will operate the plant for 15 years and after that period it will become the property of the Deutsche Bahn.

The special thing about the plant: Our turnout sleepers are individually tailored to the respective requirements, these are therefore unique. What might appear paradoxical at first sight in the production process: We produce the sleepers in the so-called carousel process, which is generally used for standardized products. 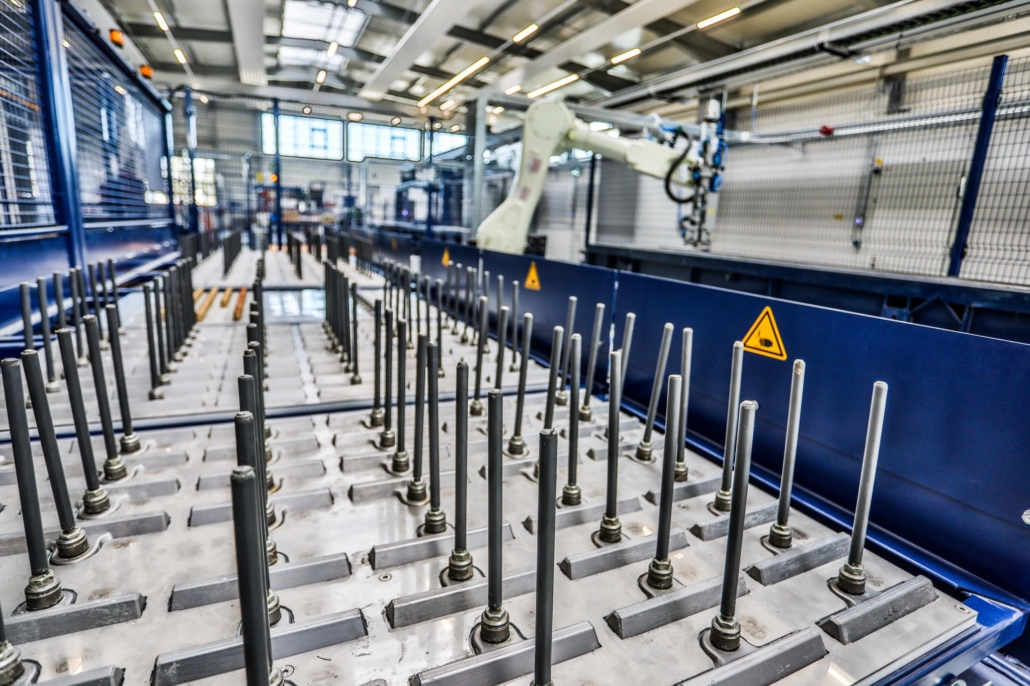 This was a great challenge for us and for granIT’s MES throughout the development phase. It was therefore necessary to convert an actual one-off production into a serial production.

granIT: How did you become attentive to granIT’s MES?

There are only a few companies that can develop MES for such complex production areas as ours in Schwandorf. We started to work with granIT on the basis of a clear recommendation from Weckenmann Anlagentechnik GmbH & Co. KG, who has been supplying us with circulating technology for years. Their positive experiences with granIT’s MES were decisive for our choice.

granIT: Where exactly did you use the MES in the production process of the Schwandorf plant?

All things considered, the Manufacturing Execution System is our central control unit. Without this MES, we would not produce a single product. Each individual station that passes through each individual unit receives information from the control center and thus from the MES. Logically, this starts at the beginning: Which parts must be placed in the individual molds? How long has to be the shape? How much oil has to be sprayed, how much concrete has to be mixed? How many time will the product be in the curing chamber? MES is necessary right up to the end and also for quality testing, in which another laser measurement is used. Each individual station in production or in the production process is controlled by the control center and thus by granIT’s MES.

granIT: What was particularly important when using the MES?

The task was really clear: We wanted to increase the degree of automation and digitization in our production process. And we succeeded with the help of granIT. In addition, standardization had to be achieved with the improved automation – standard can be a kind of guarantee for quality.

And of course, the use of the MES had economic reasons. The products can be produced faster, the number of cycles is increased. Last but not least because we have just achieved standardization.

granIT: So the MES has improved all production processes?

Absolutely, and we already know that the successful deployment of the MES will have an impact on other plants where there will be some changes today and in the near future, and a lot of new things will happen. Accordingly, the sleeper plant in Schwandorf is a kind of masterpiece for us and has influence on other production sites. 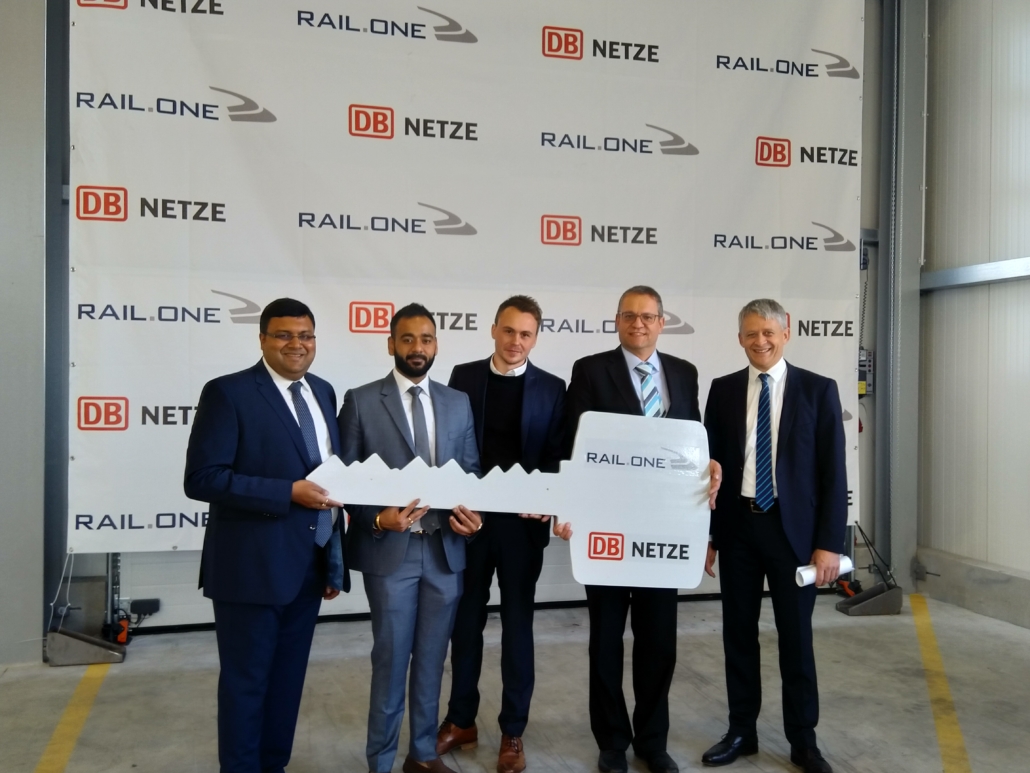 granIT: How did you integrate granIT’s MES system into the production process? Were there difficulties? In a project like this many issues have to be considered.

The installation resp. the integration of the MES during the construction phase of the factory in Schwandorf absolutely had to be smooth. And, it paid off for us that we were able to work with granIT with a really professional team. We immediately noticed that granIT can look back on a lot of experience from previous projects.

Just an example: No matter what time I called granIT, I always had competent contact at the other end of the line. Especially in the difficult phase, when we went from the drawing board into the implementation, the cooperation was just perfect. And although you are always confronted with problems when building such a large project, there was a solution for everything.

granIT: Mister Hübner, thank you very much for this valuation